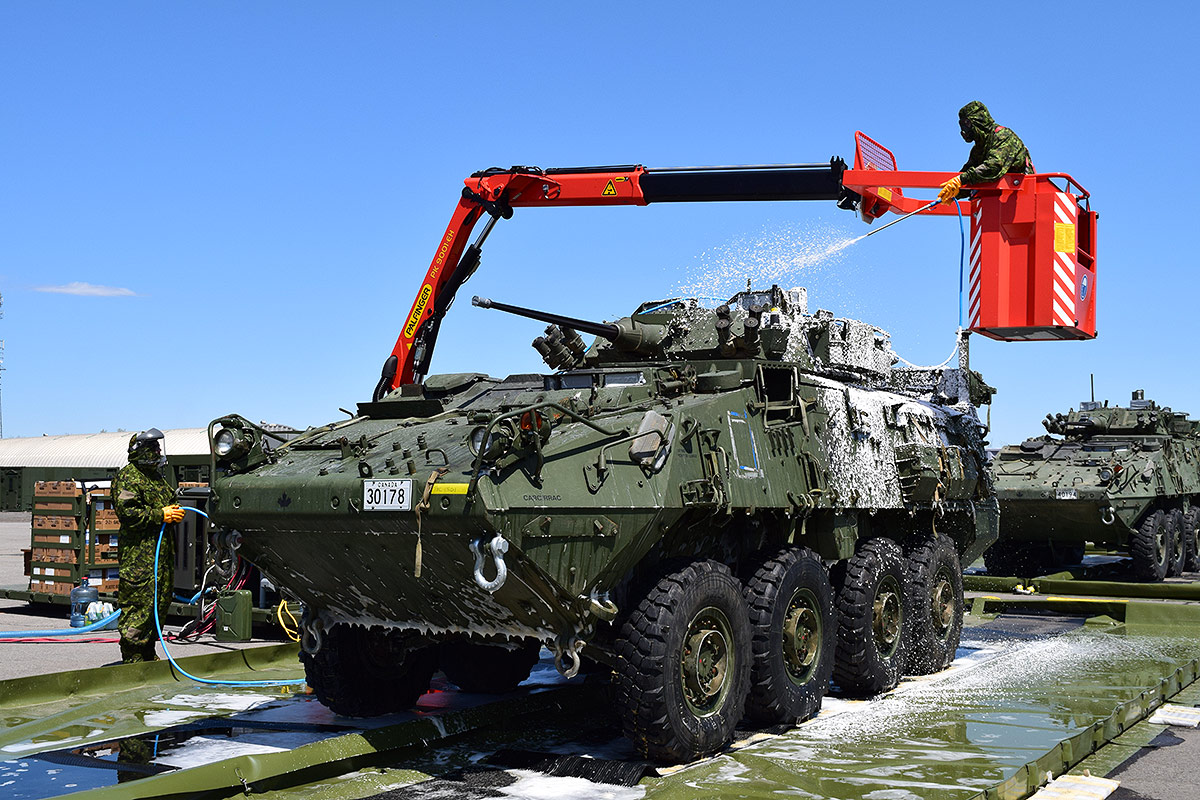 DEW Engineering & Development ULC of Ottawa, Canada has been awarded contracts totaling C$21.3 Million by the Department of National Defence for the design and delivery of six vehicle and personnel decontamination systems following an internationally competitive tender. The contracts include In-Service-Support (ISS) for five years with options for an additional 3 systems and extensions of ISS services up to twenty years. The systems are packaged in two 20-foot ISO containers and one flatrack to provide a complete self-contained and self-powered decontamination capability. The flatrack incorporates an elevating operator platform to apply CBRN decontaminant onto trucks, Armored Personnel Carriers and Tanks as well as buildings and aircraft. Personnel decontamination is performed inside a rapid deployment tent system. When carried on trucks the system will dispense decontaminant on roadways.

DEW Engineering is a leading designer, manufacturer and integrator of complex systems for the defence industry. DEW Engineering and Development was established in 1978 to provide a vehicle systems engineering and manufacturing capability for the Department of National Defence and other government agencies.